Learn To Write Grants That Get Funded “Right NOW” within the Next 48 Hours without Even Leaving Your House!

Everything You Need To Know To Write A Successful Grant Proposal That GETS FUNDED Can Be Learned Within 48 Hours…Don’t Believe It? Watch This Video And I’ll Prove It!

And BELIEVE IT or NOT…

You too can learn EVERYTHING You Need To Know To Write A Successful Grant Proposal That GETS FUNDED Within 48 Hours!

How do I know?

Well, let’s put it this way…I’ve seen it happen over and over again to countless ordinary people…just like you who knew ZERO about grant writing and were TOTALLY CLUELESS go from ground zero to GRANT HERO!

But before I share with you a few of their amazing stories…let me tell you how I got started with grants.

I started out like you and every other new grant writer…I was CLUELESS about how to write a grant. I was working for a nonprofit organization as the Director of Education and Youth Development and was one of three other directors.

We had a contracted grant writer who would come around to each of us with a notepad to ask us questions about our program. She would take that information and compile it into what eventually would become a grant proposal.

She would submit it to a potential funder and a month or two later she would let us know that we had just GOTTEN FUNDED! I was AMAZED!

I was LIKE…you take MY words…her words…and his words and you write something down on paper and someone turns around and gives you PAPER…GREEN PAPER!!

I wanted to learn this valuable skill…so I asked her to show me and you would have thought that I was asking her for her last piece of cheese. It was clear to me that I wasn’t getting any of her cheese nor any of her secrets!

I decided if I was going to learn this valuable skill that I was going to have to just learn it on my own…so I dove into the process head first. I piecemeal my first grant proposal together from the bits and pieces of information I was able to gather from the internet.

But there was a BIG PROBLEM!

I wasn’t sure if the things I was modeling my proposal after was GOOD or BAD. But one thing was for certain, this proposal would NOT be my Mona Lisa masterpiece…but more like my FRANKENSTEIN.

I submitted the grant proposal to a funder in Texas called the Hogg Foundation for $25,000.00

I was really excited at the thoughts of how this money was going to make a tremendous difference in the lives of the young people I was serving. About a month later I went to my mailbox and there inside was “THE LETTER”.

I was NERVOUS and EXCITED!

I quickly read the letter only to discover it was REJECTED! This was painful. But there was a glimmer of light at the end of my letter. The Senior Program Officer for the Foundation wrote that she would be willing to meet with me if I wanted to discuss the problem areas of my proposal.

I took her up on her offer and soon discovered the countless rookie mistakes I had made. I never got funding from that Foundation…but that meeting was invaluable. I decided this time that I was going to learn grant writing the SMART way instead of the HARD way.

I enrolled in a Graduate Program to complete a M.B.A. in Nonprofit Management. My focus and concentration would be on learning how to get the MONEY! I took a number of Grant Writing Classes and rounded things out by taking Fundraising Classes too.

I figured if I could learn how to win the MONEY that I could be a valuable asset to any organization I would work with…I was right.

I read everything I could get my hands on about grants and eventually started writing successful grant proposals that were GETTING FUNDED!!

My grant writing professor noticed that I had a knack for developing good grant proposals and asked me if I had ever considered being a grant writing consultant. This had never crossed my mind…BUT, I gave it some thought…and decided that I’d give it a shot.

I started sharing my knowledge with others and before you know it they were getting funded too!

So when I tell you EVERYTHING you need to know to write a successful grant proposal that GETS FUNDED can be learned within 48 Hours…I mean it!

This training will benefit YOU in a profound way.

My students love this because it provides you with a clear step-by-step examples of what a GREAT proposal is suppose to look like…Model your grant proposal after this one and you will be producing a winner!

I will help you to keep from embarrassing yourself and your organization by AVOIDING several of the common rookie mistakes that immediately raise a RED FLAG in the eyes of the ones giving out the money.

Many grant writers repeatedly make these deadly errors causing their proposals to get rejected time and time again.

Just think what it will be like for you to get your grants funded months before your competition even hears whether or not theirs will get awarded. Your competitors will probably hate me for showing you this short-cut…but you’ll love it!

Never underestimate the assurance of knowing you are doing it right the first time!

You will truly thank me for this one because it will keep your grant proposals from being tossed out of the ball park and laughed at by the decision makers.

The only reason why you should NOT take this grant writing training is if you have ALL the Grant Money you NEED…then you have my permission to take a pass.

But the funny thing I’ve personally witnessed is that many of the well endowed nonprofits still sign-up their people for these types of trainings because they know that the right information has the potential of helping them to bring in even more monies to their agency.

WHAT WILL IT COST YOU IF YOU DON’T TAKE THIS TRAINING NOW?

Honestly, it could cost you A LOT!

I wonder what would have happen if the Miami-Dade Police Department would not have forced one of their officers to take our training…who initially didn’t want to do it.

They probably would not have received the million dollar grant that we helped them get with sound advice and coaching.

It will most likely COST you hours of valuable time resulting in YOU making careless mistakes!

Unfortunately, I’ve seen too many nonprofits and governmental agencies short change themselves by trying to save a few dollars here and there by not investing into their future!

Don’t get it twisted…the most valuable asset that any of us have is our TIME.

Once time is wasted…it can never be reclaimed.

There are no reviews yet. 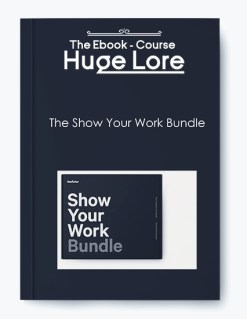 The Show Your Work Bundle 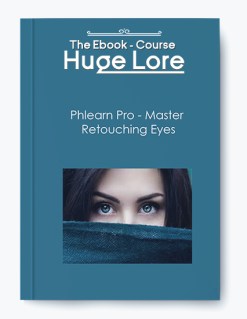