Thank you for reaching out. If you’re reading this secret page, you’re one of a handful of guys I’m offering my groundbreaking book and companion course to. The original launch is over and the product is officially back in the vault but for you, I’m offering a re-release. Below you’ll find full details and an incredible limited time offer. Note this link is for your eyes only and this page will be taken down soon.

On the surface, my book, A Natural History is a crazy story about a man deciding to live his life to the extremes along with a bunch of dirty sex stories, but it’s much more than that. It is…

This book isn’t just a collection of seduction reports: It’s a case study where I test out the extremes of what’s possible in sex, seduction and lifestyle. It’s an intimate journal of a very unusual lifestyle experiment, using myself as the guinea pig.

For those who want to be more than just entertained by the book, who also want the secrets of seduction and lifestyle design, I’ve also put together a special course to accompany the book.

This course will allow you to create the blueprint to your own seductive journey, avoiding the mistakes I made while also integrating the insights from a man who went from flute playing nerd to international playboy with multiple girlfriends and the life of a rockstar.

The fact is that real seductive success doesn’t come just from sleeping with a huge number of women. (although that is certainly part of it!).

Rather, it happens through the personal evolution and life experiences you gain throughout your entire seductive journey.

This is an invitation to start your own journey in seduction with the knowledge of what’s ahead, knowing how to move through the 6 phases of the seducer’s cycle with the least amount of pain and time wasted, and as much sex and fun as possible.

This coaching product will reveal to you the lifetime journey of seduction – how to use it as a tool to unlock all the aspects of your life, how to set your goals and inner mindsets to create the relationships you want, rather than simply settle for what’s in front of you.

If you’re here reading this, it tells me that you’ve got the same desire as I had those years ago – the desire to become natural with women, to have true freedom, choice and abundance.

Most women that came into my life came either through a social connection or by chance. While I was lucky enough to occasionally get a pretty girl through friends and parties, there was no consistency or choice in the women I had in my life.

I felt that some women were just out of my grasp, and always would be – the blonde glamour models in fancy nightclubs, sleek corporate women in stockings and skirts, popular college cheerleaders, tanned surfer girls, oh and threesomes… I was light years away from that.

After I ended it with the last girlfriend I’d met through friends (who was pretty and sweet and wanted to get married…I could feel the walls closing in), I made a decision – I would dedicate myself to mastering seduction. I vowed not to settle for another average girlfriend and would not stop until I had achieved all my goals, conquered my fear of top shelf women and created an elite lifestyle.

The beginning stages were tough. Chasing girls down the street in terrible hippy clothes, most of the women I talked to weren’t interested.

But as I persisted through the initial tough phases, I became better with each approach, number, date… finding myself eventually sleeping with women with ease, and juggling multiple relationships.

Over the next 2 years, I eventually seduced all the types of women, that had recently been way out of my league. I also started rolling with a unique crew of “Naturals” – men who by intuition, practice and full time dedication had become masters. By backwards engineering their mindsets and behaviours I eventually built the basis for my 5 Principles of Natural Seduction teaching framework. (Since then I’ve coached thousands of men worldwide to become Naturals in their own right.)

After almost every seduction, the moment she was out of the door, I’d rush to my computer to meticulously write down the what happened. I’ll admit I was obsessed, unhealthily so some would say but lucky for future generations of ladies men (that’s you;) I recorded in real time the pain, triumph and growth I went through.

From the original cute hipsters in Australian dive bars, to chasing down models and the hottest most challenging sirens across the world.

There are no reviews yet. 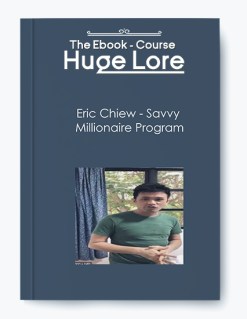 Anthony Robbins – The Body you Deserve